Results: The solution accelerates communication and reduces the margin for error or misinterpretation. Direct transmission of information into back-end systems makes it easier to monitor the status of individual trains and report on performance.

France's national rail services operator, SNCF, has 3,000 railway stations that are served by 140,000 trains every day. Providing information to passengers, ensuring safety at stations, keeping trains running to schedule - all these tasks depend on instructions and information communicated by the SNCF staff who work on the station platforms and maintain the trains.

With a view to providing its staff with more reliable and effective ways of communicating, SNCF is extensively using a set of Short Data Applications (SDAs) developed using Sepura Radio Manager software. SDAs run on the radio terminals and enable members of staff to transmit data messages - similar to text messages from mobile phones - from Sepura digital hand-held radios over the TETRA communications network. The difference from text messages is that SDAs can have dedicated screen interfaces with menus fit for purpose (photo below) allowing for very fast data entry.

In many cases, the data messages replace instructions spoken into an analogue radio or shouted to a colleague, enabling more efficient communication with a much smaller margin for error or misinterpretation - regardless of how busy or noisy it is on the platform. In other cases, SDAs are updating back-end systems directly, eliminating the need to relay information from the platform to a third party for data entry.

The SDAs can even be used at stations with no TETRA coverage, by switching the Sepura digital hand-held radios to direct mode (DMO) and using a Sepura SRG gateway radio to extend network coverage.

Giving passengers the information they need

Pre-recorded announcements - for example, the destination of an incoming train and the platform it's coming in on - help passengers catch the right trains. To trigger one of these announcements, a railway operative simply selects the relevant three-digit code - message type and then the two digit track number - from a menu on their Sepura hand-held radio, then presses the Send button: the announcement plays immediately over the platform speakers.

The process is much faster and more accurate than when staff had to enter the codes manually; but the need to press Send to transmit the code helps avoid mistakes, as it gives staff a moment to double-check they've selected the right code.

Using a separate SDA on their hand-held radios, platform staff can also update the visual display boards that show information about an incoming train, such as the number of carriages and the section of the platform each carriage will stop at. With these details available in good time, passengers can prepare for the train's arrival, which speeds up boarding and helps ensure the train is ready to leave on time.

When a train is ready to leave, a member of platform staff must inform the station supervisor's main despatch system. At a large station, 40 or more trains may be leaving at once, so prompt, accurate information is vital for safe, on-time departures.

The member of staff enters the platform number into his or her digital radio, then selects north or south to indicate the direction of travel. This is much faster than speaking into the radio or shouting to a colleague, and eliminates the risk of this critical information being misunderstood.

A team of staff performs around 30 different operations on a train - ranging from cleaning the carriages to restocking the buffet to safety and engineering checks - before the start of its next journey. Previously, each team member had to report to the train supervisor in person to confirm their tasks were complete or explain why they couldn't be carried out. The supervisor noted everything by hand, then relayed the information to an office-based colleague for entry into the nationwide scheduling system that holds information about the status of every train on the network.

SNCF has replaced this cumbersome and error-prone process with an SDA that lets individual workers update the scheduling system directly from their digital radios with the status of their tasks. Once all tasks are complete, the train supervisor sends an overall 'end of job' message to the system, confirming that the train is ready for its next journey.

During shunting operations, safety is a primary concern, so a lookout stands in the rear of the train and warns the driver to stop moving the train if there's an obstacle or other problem.

In the past, the lookout spoke over his or her radio to warn the driver. Now, the lookout and the driver use two Sepura digital hand-held radios that are paired using an SDA in direct mode. This opens a dedicated communication channel between the two radios that can't be compromised by any other instructions issued over the TETRA network. A special device attached to the radio lets the lookout hold down a lever which broadcasts a beep to the driver's radio every two seconds, indicating it's safe to continue moving. Fast and continuous communications are vital when performing manoeuvres at speeds of over 30km/h - and which can take 5 to10 minutes to complete.

If there is a problem, the lookout simply lets go of the lever: the beeping stops, immediately signalling to the driver to stop moving. Staff using the solution, which is critical to safe working practices, report that it's completely reliable and very easy to master.

Because the information transmitted by SDAs directly updates SNCF's back-end systems, it is now much easier to carry out post-event monitoring and performance reporting - all of which is now based on more complete and accurate data. SNCF can easily see, for example, how long it takes to carry out individual operations during the train preparation process; how many trains leave each station on time; and which station a train has reached.

The same information also updates the web application that gives the public access to real-time information about how the trains are running and lets them find out whether a particular train is due to arrive on time.

"Using SDAs with Sepura digital hand-held radios for these vital communications is helping us take a leap forward in efficiency and accuracy," says Philippe Massy from SNCF." These solutions are helping us be more effective in the important areas of safety, train scheduling and passenger information." 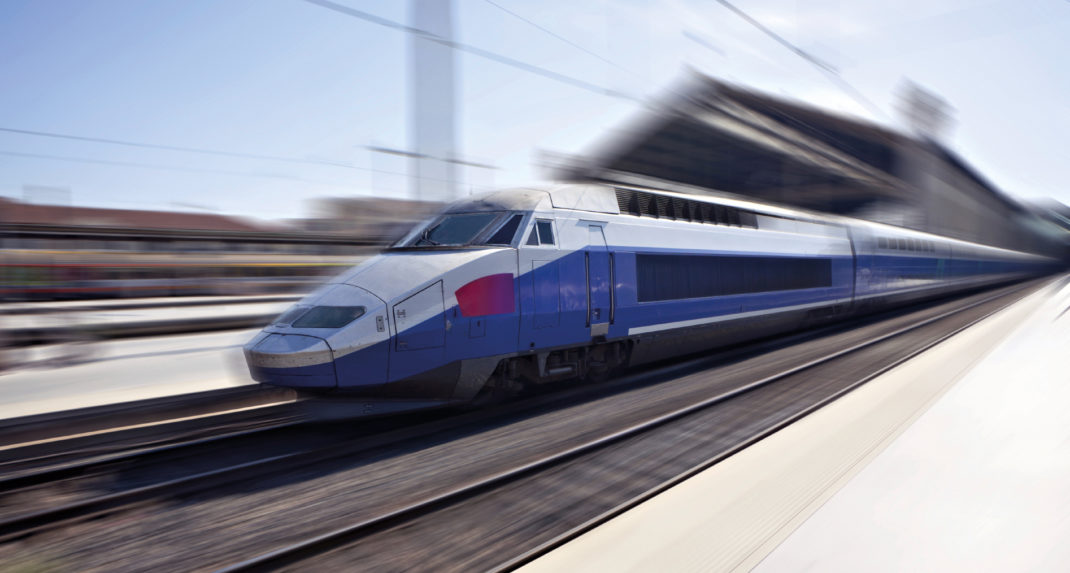