The city of Nantes, which sits at the gateway between Brittany and the glorious west coast of France, has long been a pioneer in the area of public transport. As early as 1985, when trams were seen by many as an outmoded form of transport, the city became the first in France to re-introduce trams and now has the third largest tram network in France - 42kms spread across three lines. At the time, the wholesale removal of tramlines from cities across Europe after WW2 was still a recent memory and so this was a brave step.

The city, in the form of its transport authority SEMITAN (Société d'économie mixte des transports en commun de l'agglomération nantaise), has also gone against the trend in many parts of Europe and increased the degree of separation between its radio system and its passenger information and vehicle location system. It has, however, also shown itself to be again leading the way, by adopting a city-wide TETRA network, on which a wide variety of public services will operate their voice and data communications.

As with many cities, public transport usage has risen over recent years, driven by both an environmental and intelligent transport systems agenda and, more recently, by the economic downturn and the rising cost of fuel. With an estimated 120 million passengers estimated to have used the SEMITAN network in 2010, the operator is now keen to:

SEMITAN operated two separate passenger information/vehicle location systems, for the bus and tram networks respectively, as well as a legacy analogue radio system, which was inextricably linked in to both systems. In order to ensure that all systems operated optimally, SEMITAN chose to install a radio system initially and then to implement a passenger information/vehicle location system at a later date. The radio system's objective was to ensure passenger safety and security, primarily through voice calls between drivers, on-street controllers and the control centre.

After a competitive tender, Sysoco was chosen to supply the radio system. This is designed initially to cater for the requirements of SEMITAN's bus network. The tram network is scheduled to join the radio system very shortly after completion, but it is also firmly intended to be utilised by a significant number of other municipal services. Refuse collection, street cleaning, parks services, road maintenance and parking are all services which could, eventually, use the TETRA network. The seven-site system is intended to cover the entire city and its suburbs, but is also designed to be capable of being extended to a further three sites to allow further expansion of coverage into the broader Nantes area. The buses are fitted with Sepura SRG3900 mobile radios, whilst the SEMITAN on-street controllers and maintenance staff have a fleet of 90 Sepura STP8000 hand-portable radios at their disposal. All the terminals feature Sepura's highly-accurate GPS capability.

A picturesque city in eastern France, Nancy holds an important strategic position in terms of European trading routes. As the population in the area has grown, a new entity, the

Communauté Urbaine de Grand Nancy (CUGN) has been created, which encompasses the city itself as well as around 20 surrounding municipalities. With a population of over 250,000, this is the ninth largest conurbation in France.

The CUGN administration realised that they needed to provide:

Following a tendering process, Sysoco was awarded the contract to supply the CUGN radio system. Crucially, this network was intended for use by a wide variety of local government and other services. These include the council maintenance service, the municipal police, the parks department and the water authority, as well as the public transport authority, known as STAN (Société des Transports de l'Agglomération Nancéenne) and operated by CONNEX.

While STAN has around 300 Sepura SRG3500 mobile radios installed on buses and trams and a further 180 STP8000 hand-portables, the other services also have a significant radio fleet, with some 50 Sepura hand-portables also on the network. Sysoco has enabled each separate service to operate separately from the others by developing an SDS server which links to the radio network via an API, thus allowing each service's separate applications to have access, in XML, to the radio network and to utilise short data messages. A further extension, to include several local police services, will add a further 300 Sepura handportables to the network.

Operating around 300 vehicles, both buses and minibuses, and tramways across 24 main routes throughout the CUGN, for STAN, the key aspect of the radio system are:

The next step for STAN will be to integrate the real-time passenger information system that it selects into the TETRA network. This will enable passengers to be updated on bus arrival times and be informed of any significant delays and will also allow the operators to monitor timetable adherence and address any apparent timetable or scheduling issues.

In addition to Nantes and Nancy, Sysoco has supplied Sepura radios to a wide range of public transport operators across the country. As well as Lyon, where around 600 Sepura hand-portables are in use by on-street controllers and other staff, these include in-vehicle and on-street communications in; 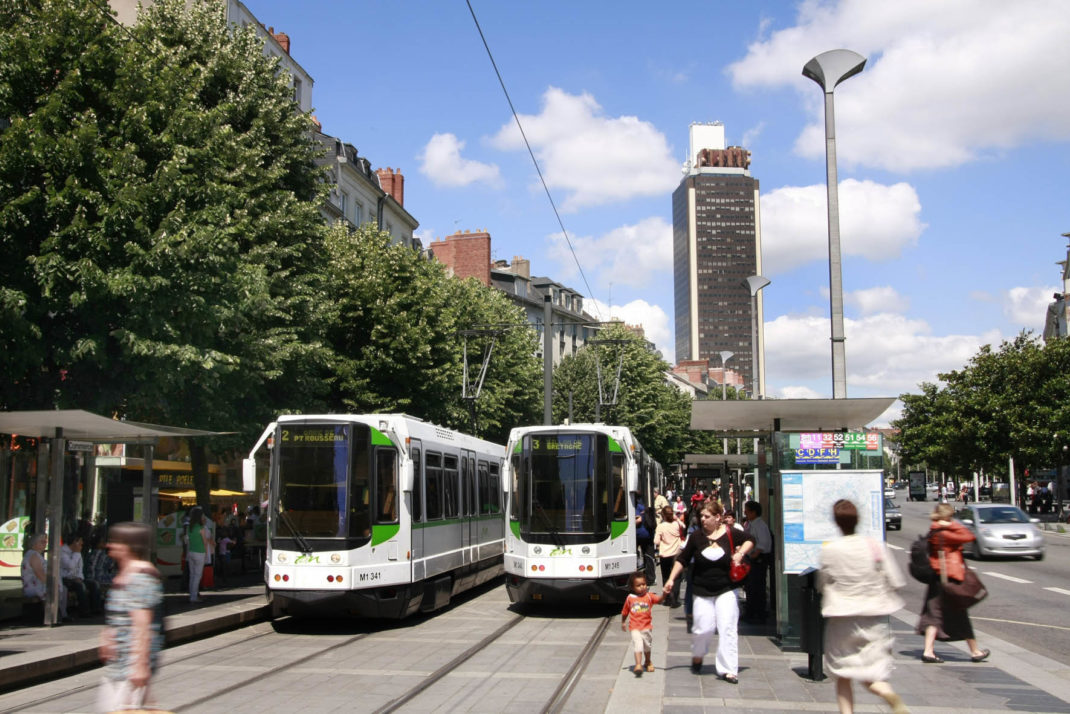