The Inter-institutional Maritime Operations Centre (IMOC) is tasked with the management of Albanian maritime space. Based in Plepa, Durrës, it controls Albanian maritime borders and ensures the safety of life at sea and compliance with national and international maritime legislation. A range of government agencies participate in the operations of IMOC, from Border Police and Customs to the Navy, Coast Guard and Fishery Inspectorate.

Albania's coastline is around 476 km (296 miles) long. IMOC needed a secure inter-/intra-agency radio communications network, capable of supporting high volumes of data traffic, to provide coverage for the whole of the coastal area. The organisation required network infrastructure, including base stations and associated switching elements; command and control room solutions; and mobile and hand-portable radios.

The European Union (EU), on behalf of the Government of Albania and IMOC, chose to adopt eXTRAS infrastructure because of its reliability and high levels of system availability, as well as its powerful voice and data services. eXTRAS FR400 base stations were ordered to provide coverage throughout the coastal area.

Since the system is used primarily by public safety agencies, the built-in security that TETRA offers was another key factor in the decision, with TETRA Air Interface Encryption (TEA) providing highly secure communications throughout the area.

A multi-agency dispatch system - allowing operators to communicate with field-based staff using a combination of voice and data, and track vehicles and personnel via a geo-location mapping system - was also installed at IMOC's command and control centre in Durrës.

The solution was completed by STP8000 rugged, high-performance hand-portable radios and SRG3900 mobile radios, which provide 10 Watts of RF power, and gateway and repeater technology to extend communication into areas otherwise beyond network coverage. 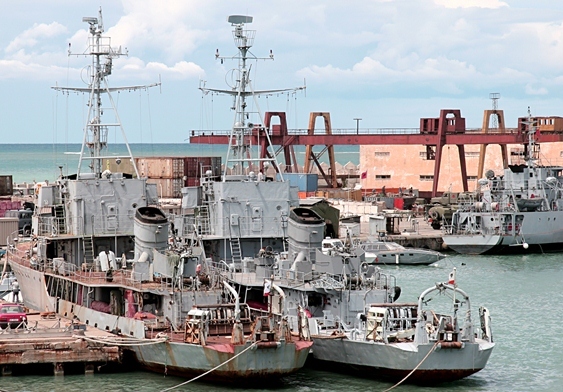