Idre Fjall is a Ski Resort in Sweden, and one of Scandinavia’s largest individual mountain environments. Idre Fjäll started operations in 1968 and is a foundation formed by Älvdalen Municipality and Friluftsfrämjandet. The main target groups are families and training groups in sports and businesses. The resort, which recently hosted the Ski-Cross World Championships and the Speed Ski World Cup for the second time in 2018, attracts over 600,000 visitors each year – making it one of the largest year round facilities in Sweden.

With a new system to be implemented, Idre Fjäll was looking to increase communication and optimize the safety of staff and visitors to the ski resort. The challenge was to cost-effectively upgrade Idre Fjälls communication system with reliable handsets that can handle all types of environments and weather conditions that a large ski resort with 40 ski runs and 82km of cross-country ski tracks, is exposed to.

After careful testing, Sepura’s solution was obvious, both in terms of sound quality and reliability. The users find that the terminals are simple and intuitive to use. The flexible infrastructure also enables a two-step installation, which gives a cost-effective upgrade plan for Idre Fjäll.

The solution chosen by Idre Fjäll consists of Sepura TETRA infrastructure, and a fleet of hand portable Sepura STP9000 terminals. The base station is equipped with three voice channels and a control/data channel to be used for SDS messaging and more.

Capacity is well accounted for, with approximately 140 users. A total of 26 radio groups, share the base station’s three voice channels, through TETRA. To ensure that healthcare and other critical features always have 100% availability in the system, priority is given to these. For Idre Fjäll, it means that critical speech groups always have priority in the system and are guaranteed to always arrive.

The possibility of alias login on all terminals means that the login determines which function the respective radio should have in the system. Thus, it is not necessary to have unique terminals for different user groups.

All terminals have a full scale keypad, colour display and GPS, allowing Idre Fjäll to easily send out a message to any number of terminals/groups.

This radio is also used by Fjäll Rescue, Swedish and Norwegian Police, as well as other major user groups that require the terminal to function in critical situations.

Idre Fjäll now has a radio system that can handle all types of environments and weather conditions that a large ski resort is exposed to. This was put to the test recently, when one of their radios previously lost on the snow, was found again a few months ago, and when plugged back in, was still fully functional.

With this TETRA solution, Idre Fjäll found a cost effective and smart solution that ensures that call traffic is still connected, and prioritized when it is most needed, in addition to delivering much improved sound quality.

Mattias Hellström, Key Account Manager at Swedish Radio Supply explained how the new radios are benefitting the resort “There is now no problem when riding a scooter or snow mobile at 80km/h and talking through the radio at the same time, audio is loud and clear at all times.” 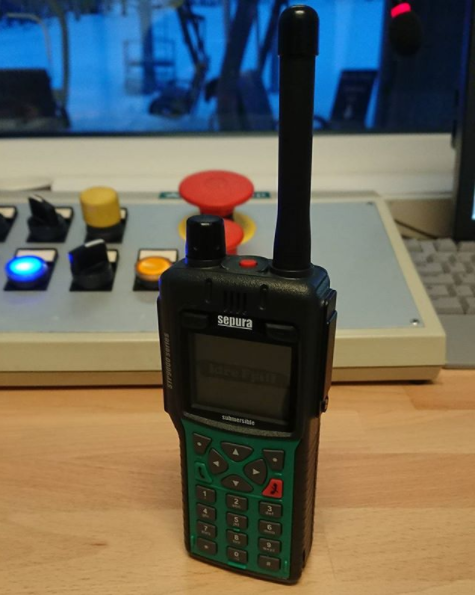