Results: Improved service and safety for passengers and motorists in the city.

Göteborg is Scandinavia's largest port, the home of car manufacturer Volvo, a popular resort destination and a bustling city of 450,000 citizens.

Göteborg's Traffic and Public Transport Authority (TPTA) is responsible for all transport in the city, including road traffic, buses, and trams. Göteborg operates the largest tram network in Europe; it accounts for 60% of commuter traffic on public transport compared with the commuter trains' 2%.

The TPTA has implemented a number of information-technology initiatives to improve the performance of its transport infrastructure under the platform name KomFram. The most important subsystem in KomFram is the public transport information system.

This system tracks over 450 buses and trams in Göteborg, providing real-time location information to traffic control and a constantly updated departure prognosis for passengers, which is available at more than 140 at-stop displays, on the Internet and via WAP.

The system relies on radio contact between the vehicles and KomFram´s central system. Göteborg Traffic Information Centre feeds KomFram with passenger information. Furthermore, by statute, the trams must be equipped with functioning radio communications.

Until recently, this radio link was provided by aging analogue radio. TPTA is in the process of migrating from the old radio system to the new TETRA system. By the spring of 2005, 150 vehicles of 450 have been equipped with TETRA.

"The analogue radio is over 30-years old and the digital radio (Mobitex) is close to 15 years old. The old equipment is becoming unreliable, spare parts were hard to find and it did not have the data communications capabilities that we needed," said Daniel Ulfheden, KomFram project manager at Göteborg TPTA.

As a consequence of the increasing unreliability of the old system and the limited capacity of Mobitex, the TPTA decided to invest in a TETRA-based radio network. The supplier of the ground infrastructure was OTE, formerly Marconi. "In the search for TETRA terminals, we looked at a wide range of potential suppliers and settled on the Sepura mobile radio because they are compact units, highly flexible and highly customisable," he said.

A powerful platform with spin-off benefits

"The main purpose of the investment was, of course, to meet the need of public transport, however, the city realised the potential of a competent city-owned radio system for other purposes, such as postcatastrophe coordination and communication for the city-owned electrical and water companies as well as the harbour," said Ulfheden.

Ulfheden cited the programmable keypad of the Sepura mobile radio as an example of this flexibility. It allows for pre-programmed messages to be assigned to single buttons. "Our drivers can send a specific alarm message by pressing just one button. This improves the speed and effectiveness of our response," said Ulfheden.

The Sepura mobile radio also features highly flexible data management, enabling new applications for the mobility system. The radio is fully integrated with the existing on-board ITS-platform, consisting of vehicle computer and public-address loudspeakers, and is the gateway for communication with other devices.

"The TETRA systems have the potential to enable us to download data files, such as route plans and MP3 files for automatic stop calls, directly to the vehicle's on-board computer, as well as sending different types of maintenance alarms. Other possible areas where TETRA can be used include on-board automatic passenger counting and integration with the far-collection system," said Ulfheden.

All 250 buses and 203 trams will be equipped with Sepura vehicle-mounted terminals.

"We are installing the Sepura terminals in phases and so we'll run the R5, Mobitex and TETRA networks in parallel. It is a complex project and the Sepura mobiles are such a flexible and powerful platform that we are discovering new opportunities and applications all the time."

«Sepura has responded well to some early integration concerns we had by opening an office in Göteborg. Now we are confident we can fully exploit the new equipment's capabilities," said Ulfheden.

The city is also purchasing 120 Sepura hand-held terminals. Half of these will be deployed to Göteborg Bus and Tram Company staff, other than vehicle drivers, to enable communications in the field. The remaining 60 will be distributed among the city's Crisis Coordination Team, which includes representatives from the city's strategic authorities governing utilities, strategic city-owned companies, fire, rescue and law enforcement.

"This TETRA network is specifically for top level crisis coordination between the city's organisations. The terminals will be held by nominated crisis-coordination personnel. The TETRA network is designed to work when all other means of communications have broken down. All critical parts of the system are redundant and in the event of power failure there is alternative power sources as well as UPS at every TETRA site," said Ulfheden.

Meanwhile, the TPTA is moving ahead with other TETRA applications and later this year (June 2005) it will be installing Sepura terminals at car parks. These will link the car parks' systems to over 100 road side displays that will advise motorists of parking availability in real time.

"Göteborg is a pioneer of radio communications for municipal applications," said Ulfheden. "I believe we are unique with our strategic approach to TETRA. We are not just looking at one application in isolation, but at how it can upgrade and integrate existing radio networks and open up a whole new range of applications that will improve the welfare of our citizens and the experience of visitors to our city." 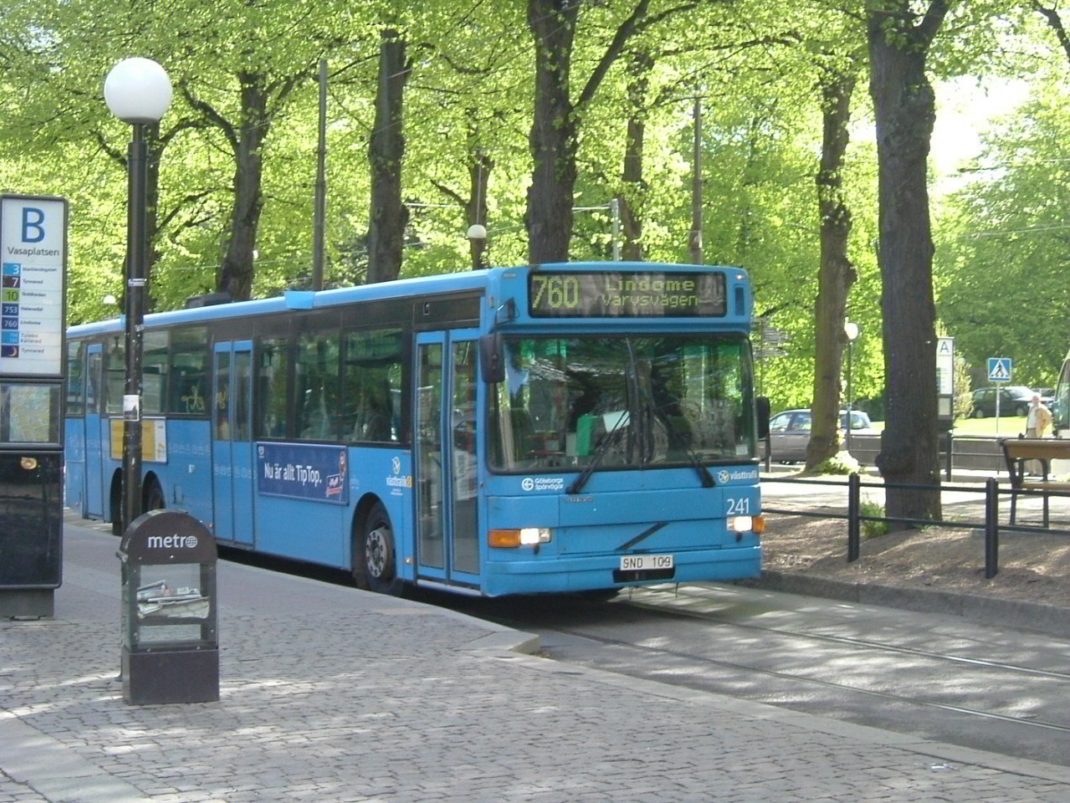