Challenge: Introduce a scalable and reliable communications infrastructure to ensure millions of tonnes of ore are mined, processed, railed and shipped safely and efficiently-giving Fortescue employees the 21st century communications capability they need to perform, no matter how isolated or demanding the operational environment.

Results: Making the move to digital TETRA communications has transformed occupational health and safety for employees and delivered the seamless worker collaboration that's vital to maintaining uninterrupted and efficient operations at all Fortescue's mine, rail and port facilities.

For Western Australia's Fortescue Metals Group (Fortescue) working safely and efficiently, in increasingly demanding environments and terrains, is an ongoing challenge. With operatives working at, and moving between, the company's multiple geographically-remote mining, rail and port facilities-with those at mining sites often needing to work in isolation-successful operations depend on reliable and crystal-clear communications.

Since Fortescue formed in 2003 the company has undergone extraordinary growth, becoming one of the world's largest producers and sea-borne traders of iron ore. With two successful mining and processing facilities already established - Cloudbreak, recently supplemented by its newer Christmas Creek site 50 kilometres east - Fortescue produces over 100,000 tonnes of ore each day, and already has plans in motion for additional site developments.

As with many companies enjoying rapid expansion, Fortescue faced the challenge of ensuring that its communications kept pace with the development of the organisation.

Maintaining uninterrupted production required an advanced communications system capable of meeting the growing needs of the company, and that would allow employees-even those working at remote satellite locations or at the mining operations located deep in the desert some 256 kilometres inland-to work more collaboratively, staying in contact at all times.

"Our goal is to ensure the millions of tonnes of ore we mine, process, rail and ship each month, are handled safely and efficiently," Fortescue CEO Nev Power said. "To accomplish this we needed a scalable communications system that could be relied on to provide seamless communication whatever the operational scenario."

After carefully evaluating a variety of technologies, Fortescue took the decision to replace its existing fragmented communications infrastructure with a multi-node unified TETRA network, selecting Sepura's TETRA hand-portable STP8000 radios and mobile SRG3900 terminals to give workers at its mine, rail and port sites seamless and highly reliable voice and data communications.

Faced with often inhospitable and harsh operating environments - soaring temperatures and significant amounts of dust - Fortescue needed to ensure that its workers were operating in a safe manner with appropriate communications and safeguards.

Thanks to Sepura's rugged hand-portable STP8000 TETRA radios, workers are now guaranteed clear voice communications in any situation, no matter how remote they are or how noisy their environment. Robust enough to deliver continuous operation in the face of knocks and drops, poor weather, and the extreme working conditions operatives encounter on a daily basis, reliable and uninterrupted communications have become the norm.

Incorporating important security and safety features such as GPS positioning, an emergency button, and motion sensing technology to generate man-down alerts, Sepura's STP8000 radios make it easy to keep track of lone workers and initiate a fast response in the event of an emergency.

The extensive coverage delivered by Sepura's mobile SRG3900 terminals also means that workers travelling across any of Fortescue's extensive mining locations-and beyond-can stay in touch throughout. What's more, the low power consumption of the entire TETRA infrastructure means even solar powered sites can benefit from the new integrated communications network.

Clear communications within a team working on a hazardous task and ensuring communications between teams that need to collaborate closely on operations are key for Fortescue. Safety of employees is, naturally, paramount, but efficient and effective operations are also important in such a large-scale and complex operating environment.

Currently covering multiple mine sites and the port facility, there are plans to extend the TETRA network the entire length of the rail link. Once complete, Fortescue radio users will have the flexibility of being able to travel across all mine, rail and port sites, accessing seamless voice and data communications at all points of the network to make cohesive operations a reality.

Thanks to Sepura and Radlink, Sepura's valued channel partner in the region, Fortescue has achieved its vision of a large scale custom communications infrastructure that's as scalable and flexible as its fast growing business demands.

Workers are now equipped to work safely and productively in a range of demanding operational environments, with reliable communications that make collaboration and cooperation with colleagues possible. 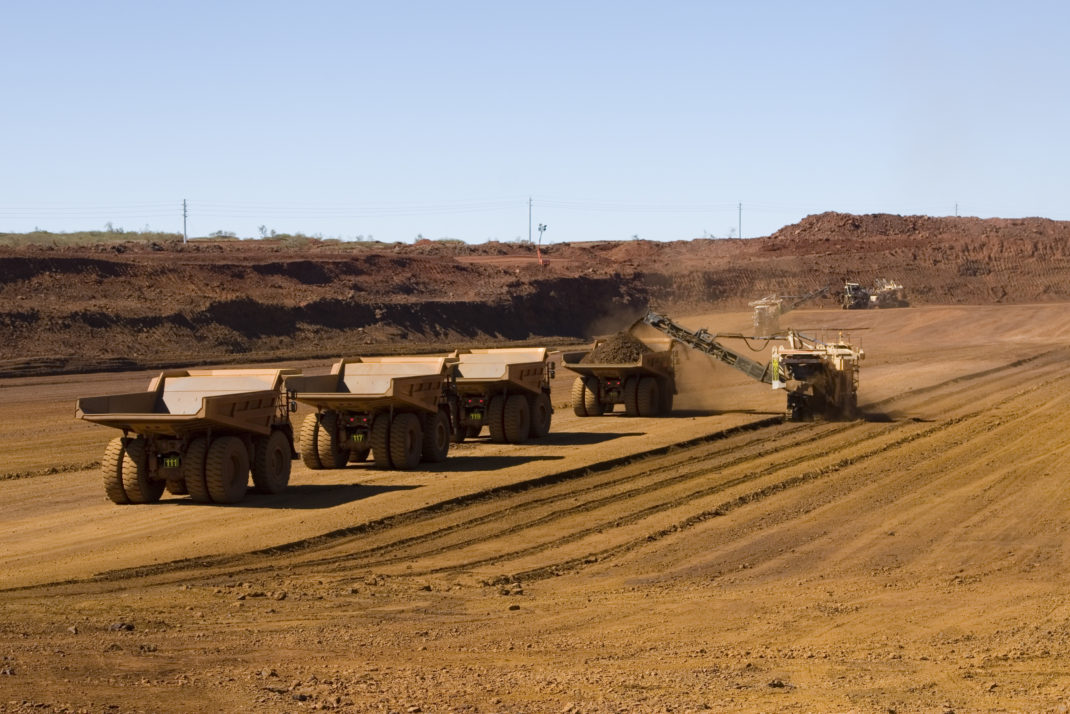