FENOCO (Ferrocarriles del Norte de Colombia S.A.) is responsible for the administration, operation and maintenance of railway infrastructure and rolling stock of the Atlantic Railway Concession in northern Colombia.

The company already operated a voice-centric TETRA network supplied by Teltronic, supporting simultaneous voice and data transmission on the Chiriguaná-Santa Marta line. Used principally for the transportation of coal from La Loma mine to ports on the northern coast, the 246km line has 17 stations and sees the transportation of 156,000 tons of coal per day.

In 2014, PowerTrunk - part of the Sepura Group - entered into a frame contract with General Electric Company (GE) for the purpose of testing and validating a data-centric TETRA solution intended to support GE's Incremental Train Control System (ITCS) rail signaling.

A testbed was set up at GE's facilities in Melbourne, Florida. The solution proved compliant with Positive Train Control (PTC) requirements established by the Federal Railroad Administration (FRA) in the United States. Once the final specifications were defined, GE proposed Teltronic's TETRA technology to implement ITCS over TETRA for FENOCO in Colombia, following directives issued by the Colombian government to ensure the highest safety standards for railways.

The existing system provided voice communication, GPS location information, and short data messages for the management of maintenance operations and traffic regulation of the three freight companies working on the line.

FENOCO wanted to leverage the power of this TETRA system to implement a PTC system on a 193km section of the track, running from Ciénaga to La Loma.

The existing network was expanded and upgraded to support an ITCS system for railway operations.

ITCS is a Federal Railroad Administration (FRA)-approved PTC rail signaling system which uses train-to-wayside wireless links and a vital communications protocol to monitor and control train actions. ITCS reports the trains' status through fixed blocks (rail profiles) along the line and provides a variety of safety and operational functions such as track occupancy, speed limits and controls, and enforces their execution via an onboard computer.

This proven technology is approved by the FRA for operation at speeds up to 110MPH (177KM/hr) and is already in use - or in development - worldwide, in territories such as North America, China, Australia and South America.

Delivered in conjunction with GE Transportation, a division of the GE, the custom solution included: 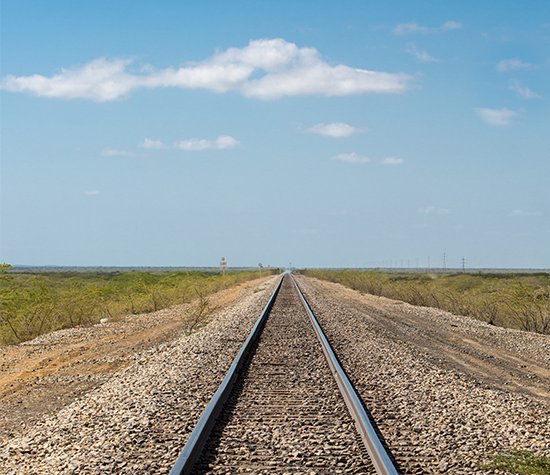