The history of Cambridge United Football (F.C.) Club covers more than 100 years. Since its establishment in 1912 to play friendly games, the club grew quickly and in the late 70s was elected to the Football League* of which it was a member for 35 years before relegation in 2005. The club was promoted to Football League Two in May 2014.

The Abbey Stadium has been the home ground of Cambridge United F.C. since 1932 and currently has a capacity of over 8,000 spectators. Since Cambridge United's promotion to League Two, the stadium has welcomed audiences of 6,000 to 8,000 on a regular basis.

Cambridge United's security team is a significant component of the club as it provides vital support during matches and helps maintain safety in the entire stadium environment. During matches, stewards' duties range from managing the fans' section to dealing with queries from the public and most importantly, ensuring that the health and safety procedures are adhered to correctly in case of emergencies.

The increasing radio traffic at Abbey Stadium and the unreliability of the club's analogue radio system drove the need for Cambridge United to upgrade and replace its communications equipment. Ian Darler, Cambridge United F.C. Stadium Manager commented: "Our existing communications equipment had become obsolete and unreliable; it was permanently breaking down. In January 2015 the FA Cup* match draw with Manchester United, the globally famous football club, was the catalyst for the adoption of Sepura's Digital Mobile Radio (DMR) technology".

Darler continued: "Some of the worst football tragedies in history have taught us the vital importance of effective and dependable communications for the safety and smooth running of any large scale event taking place in any stadium. Generations of Cambridge United's supporters have been following the club for decades; we are keen to grow our family-oriented fan base and give our spectators the reassurance that at our grounds they are in safe hands".

Sepura's regional DMR channel partner Direct Telecom Services Ltd. worked closely with Cambridge United to carry out a site survey and designed a solution that met the communication needs of the club.

On a normal match day, 42 members of club staff, including stewards and club medics, use Sepura SBP8000 hand-portable DMR radios to secure the stadium and provide swift rescue and assistance whenever necessary; the match day safety officer is the main point of contact for any emergency. During games, often emotions run high and carry associated health risks such as angina, asthma and heart attacks among the spectator crowds.

During one single game the club's stewards were able to successfully deal with three health emergencies thanks to Sepura's DMR technology. Swift and clear communication between stewards and medical staff ensured that the appropriate levels of assistance and treatment were successfully provided; casualties were prevented and reassurance was restored among those spectators witnessing the incidents.

Sepura DMR hand-portable radios are personally allocated to each member of the security team, ensuring that the equipment is looked after more responsibly and enabling easy and quick user recognition thanks to the caller identification functionality.

Ian Darler added: "We felt that Sepura's longstanding expertise and experience in public safety would offer peace of mind to our radio users; in fact our decision to deploy Sepura's technology has been amply corroborated by the positive, unanimous feedback received by our users who were instantly impressed with the radios' outstanding audio quality - a fundamental requirement in a noisy stadium environment which ensures that messages are relayed quickly and efficiently".

On the occasion of the momentous FA Cup match against Manchester United in January 2015, Ian Darler's team dealt with over 49 incidents (equivalent to the number of incidents happening in one year at the club) including the largest number of ejections ever experienced in the history of Cambridge United. "Staff were under immense pressure, but were able to handle every single emergency successfully thanks to Sepura DMR radios". Prior to the match, the club had needed to comply with a variety of checks by local and national authorities to ensure that all compulsory safety and security standards were met. The club's full compliance with such standards and measures attracted praise and recognition by all authorities involved and also from Manchester United Football Club on the night.

Darler concluded: "Every single step of the migration process from analogue to digital went very smoothly; it has been a positive experience for all of us. In addition, Direct Telecom Services delivered the radios in record time and provided outstanding support throughout the migration process. The new equipment is considerably more rugged and durable and has improved quality of communications across the team: messages are now delivered once and clearly in all circumstances". 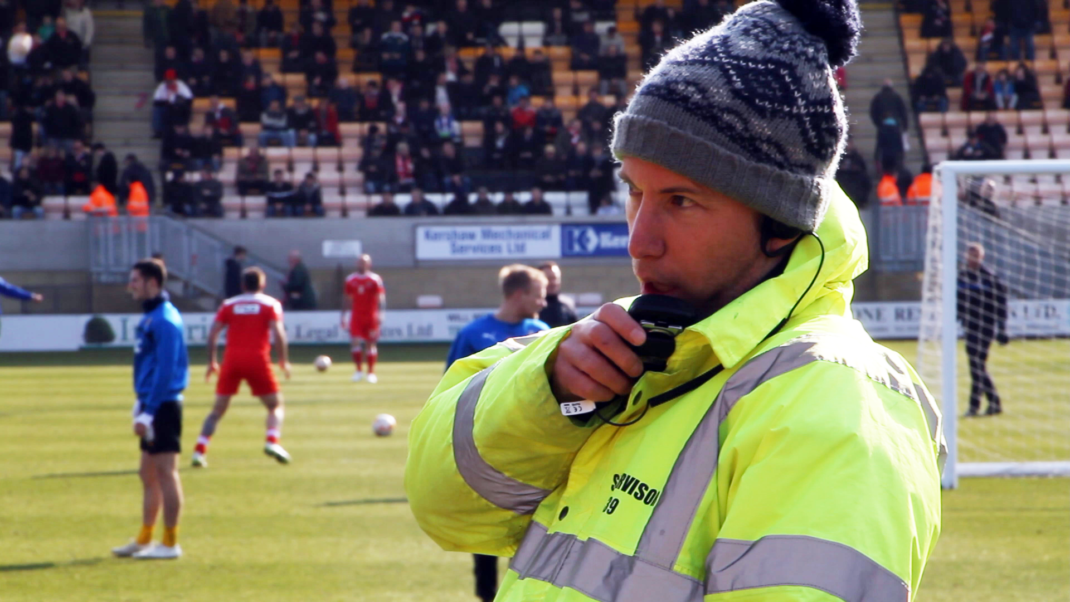