Results: Seamless co-ordination of day-to-day operation, resulting in higher levels of service to passengers and airlines together with the ability to address unexpected events promptly and efficiently. Staff operating in remote areas and in hazardous conditions can maintain communication and be reached rapidly in case of emergency.

Moving passengers and luggage around a busy airport quickly, efficiently and safely is a massive challenge. It's one that's well-known to AENA, the group responsible for the management of 48 airports in Spain alone. Success is all about continually co-ordinating the roles of many teams of staff, from airline personnel to security, cleaning and emergency services.

Spain's largest airport, Madrid-Barajas, offers a great insight into the enormity of the task. When Terminal 4 of the airport was opened in 2006 it instantly became one of the world's largest terminals, covering well over a million square metres, and comprising two buildings, parking and satellite roads. Size alone can create issues of communication between staff including those relating to safety and security.

Madrid-Barajas is not just Spain's largest airport, but also its busiest, with 49.8 million passengers passing through in 2010, and a take-off or landing every 30 seconds. Schedules are tight, customers and airlines are demanding, and costs can easily escalate whenever problems occur.

For AENA, those demands are replicated and multiplied out across all its airports. Altogether the group sees nearly 200 million passengers check in and fly or arrive through its airports every year. The summer rush to the sun, festivals and major sporting events mean frequent spikes in passenger numbers. Those numbers will continue to rise as demand for air travel increases, and AENA is in the middle of a programme to expand more of its airports with new terminals and additional facilities.

Reliable, secure communication for daily operation and emergencies is absolutely essential. For that reason AENA has been regularly choosing solutions that include Sepura hand-held and in-vehicle radios as part of its digital communication system upgrades.

Sepura is working in partnership with systems integrator Telvent, which has won many contracts to implement private airport-wide radio communications services providing digital voice and data services. Digital radio is mandatory in many countries to help combat terrorism and organised crime, and Telvent's solution is based on the TETRA standards that are found at the centre of many communications systems where safety is a high priority, such as the public safety and utilities sectors.

Managing the known and the unexpected

The benefits of a reliable, high-quality network using terminals that connect everyone everywhere are evident throughout airport operations. Fleets of staff carrying out daily maintenance and cleaning can work in synchronisation with airline personnel, security and luggage handlers to keep the flow of passengers and flights moving.

Built for reliability and resilience, the Sepura handsets are ideal for the harsh and noisy conditions found in airports, from the runway to the concourse. The radios are intuitively easy to use, and Bluetooth technology enables hands-free radio operation.

For every project or incoming flight operations it's possible to set up a dynamic talk group enabling ground crews to work closely together for the duration of the task, after which the group is automatically disbanded. Staff in the group can talk directly to each other without interference, improving efficiency and often reducing the number of staff needed for the project.

In addition, regular status messages can be transmitted to the central computer system as tasks such as luggage loading, cleaning and refuelling are completed. Any hitches can be rapidly picked up and addressed by management, perhaps by putting more people onto a task, ensuring flights continue to operate on time. Closer coordination means faster service to customers and airlines, optimum use of staff, runways and terminals, and lower costs in terms of fines and compensation.

At the same time, the safety of staff working in remote and hazardous environments - on the airport perimeter, on runways, in the hangers - is greatly enhanced with effective emergency communications. With the airport always on the alert for threats and unexpected events, the radios deliver a fast, effective communications channel to management and the emergency services.

Here Sepura radios again make a difference. In case of emergency, staff members can tap the panic button on the terminal, and GPS technology will rapidly locate the position of the radio so help can be sent immediately. Motion-detection technology in the radios automatically generates man-down alerts if workers are incapacitated. Any incidents can be notified promptly to emergency crews. 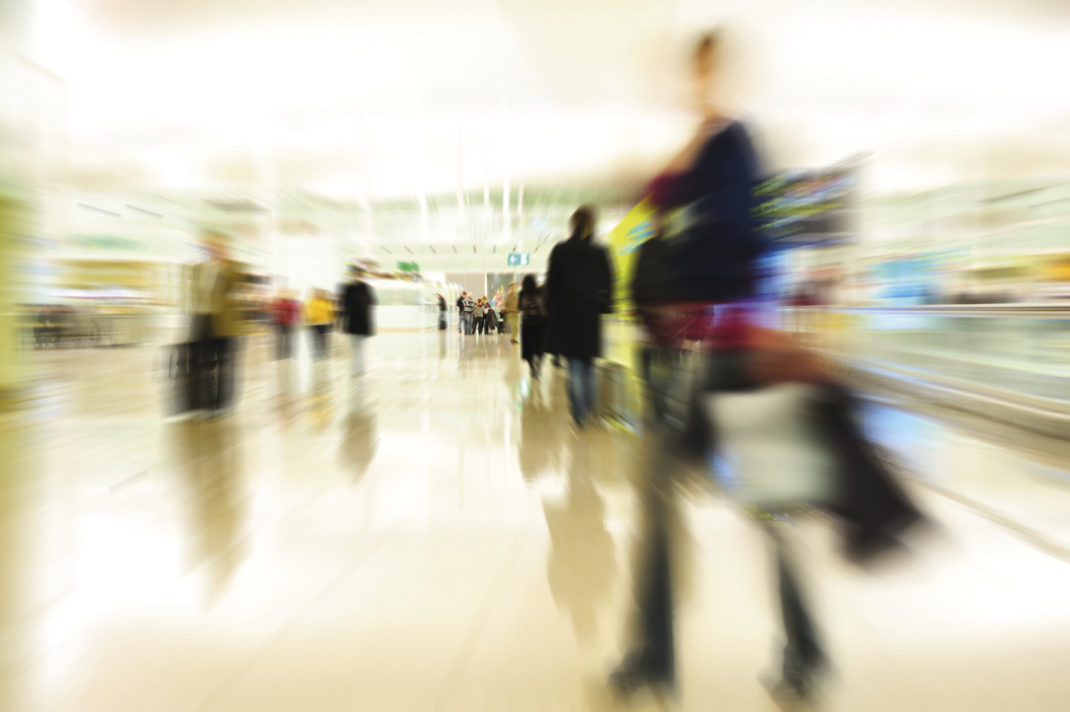