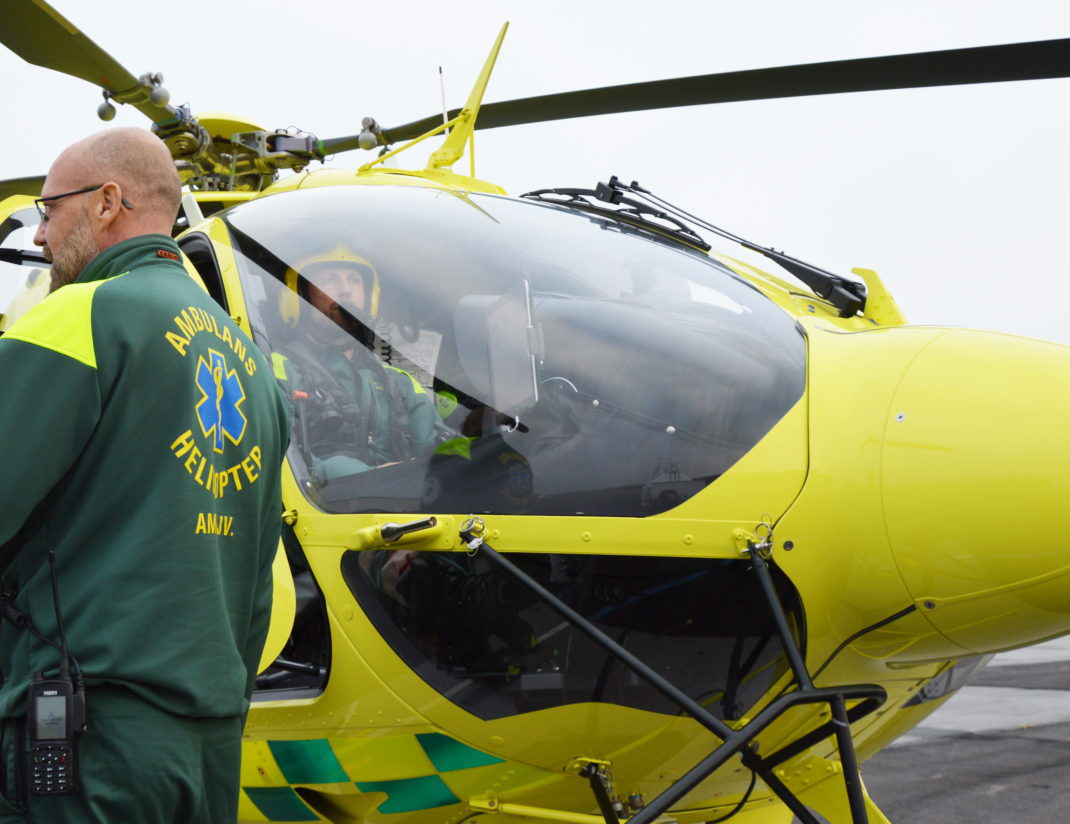 There are a total of 10 air ambulances in Sweden, operating in Norrtälje (2), Gällivare, Lycksele, Östersund, Uppsala, Göteborg, Mora, Karlstad and Visby.

Stockholm’s air ambulance station is based at Mellingeholm airport, where two air ambulances are based. This airport was chosen as it is the closest airport to Stockholm with space to hold an air ambulance crew. The airport is ideally located close to the coast, meaning a flight to any of Stockholm’s major hospitals will take only 15 minutes. In addition to the helicopter fleet, Stockholm Norrtälje Air Ambulance operates rapid response vehicles for use when weather conditions inhibit flight. The air ambulance station opened less than a year ago and includes a crew room, office space, kitchen and sleeping quarters for the night shift to await calls.

Stockholm Air Ambulance responds only to emergency rescue missions, often involving trauma cases, or patients with either chest pain or respiratory issues. 80% of call outs are urgent, with patients having life-threatening injuries or symptoms. The service responds to around 2,500 call outs a year, enabling patients to be treated not only in hard to reach places but also at the scene of the incident, allowing teams to provide life-saving aid to patients with life threatening injuries. The Norrtälje Air Ambulance also works closely with the Maritime Administration's helicopter station which is located next door.

The air ambulances in Norrtälje are operated by Babcock Scandinavian Air Ambulance. Operating as part of the nationwide RAKEL TETRA network for critical communications, they have recently upgraded their hand-portable radios. Each crew member has a hand-portable Sepura SC20 TETRA radio, which is used throughout an incident response to receive alarms from the control room and to communicate the patient status and medical updates from the scene of the incident. Radio communication is maintained whilst the doctors and paramedics are with the patient via Sepura hand portable radios, as the helicopter may need to land slightly away from the incident site. The crew communicates with SOS and hospitals through the Sepura radios on the RAKEL network. In each ambulance there are also three Sepura SC20 hand-portable radios, which crew members can take out of the ambulance when dealing with an incident. Headsets within the helicopter can also be easily connected to the hand portable radios via secure Bluetooth, enabling consistent, reliable and clear audio throughout an operation.

Sepura TETRA radios support the Stockholm Air Ambulance in attending to those in danger quickly, efficiently and with clear communications, with the SC20 delivering loud, clear audio even in the harshest conditions.