The Swedish skiing area of Åre, in the province of Jämtland has an ambition to grow and therefore wanted to implement a safe and reliable communication system. Low temperatures are nothing out of the ordinary in Åre, often falling to -15°C in January, so a robust, reliable system was essential. The new system sees four TETRA base stations being strategically placed across the Åresjön, Forberget, Duved and Tege Mountains.

The project started four years ago as SkiStar Åre began to search for providers to offer a new communications solution. An important and crucial part of the decision-making process was the hosting of the Alpine Ski World Cup 2019. The World Cup increases the requirement for a reliable and flexible system that can handle the risks a huge event holds, including the number of users, call volumes and number of possibly emergency situations. The decision was made for a system from SRS and Sepura, which is capable of fulfilling the requirements for such a big event but is also able to improve sound quality, durability and safety.

The Swedish mountain areas often have harsh weather which can be very tough to manage; it is therefore essential for safe operations that communications are reliable in every situation, and the two way radios in use continue operating in all weathers. A failure in communications may be life threatening for the rescue services during an emergency. Focusing on continuously improving safety standards, the new TETRA system also enables sending of data to confirm actions such as closed ski lifts or slopes, improving public safety at the resort.

The winter sports operator is very pleased with the responsiveness of Swedish Radio Supply (SRS) and how well they met their requirements “We have received suggestions on what we need based on the knowledge and experience SRS has as a radio provider. SRS have also been present on site and followed us in our everyday lives, enabling them to suggest a solution which considers our needs and saves both time and energy. We have also changed our requirements specification a bit along the way” says Anders Jonasson, Technical Supervisor, SkiStar Åre.

Mattias Hellström commented on how training of the radio users was enabled by Anders himself at the resort. “The basic education for the users has been largely managed by Anders, which has been positive and unusual in such a project. In most cases, SRS manage the training and run information groups depending on the user area. But Anders took care of large parts of the education, which has been greatly appreciated by the users.”

The main office is where weather forecasts, avalanche warnings, requests for lost items and emergency calls are all handled. To help manage the allocation of responsiblities and quick response times SRS have implemented a new dispatcher system enabling operator staff to easily communicate to and monitor the location and status of users.

During the winter season the SkiStar staff will have access to 170 Sepura SC20 hand-portable radios, with built-in Bluetooth and 3 watts power output, to ensure improved public safety within the ski resort. These radios will enable the 500 seasonal workers to maintain safety across the resort especially during the winter season when 89 ski slopes are open, connected by 42 lifts.

Angelica, a member of the control room team, is very pleased with the new TETRA system along with its benefits and features. She highlighted the great sound quality of the radio system, the individual calls that can be made and the ease of using the system which brings a huge improvement for the rescue team.

Åre will be hosting the Alpine World Cup in February 2019 with preparations receiving their final tweaks this week. To guarantee safety during the event, Åre will rent an additional 550 TETRA hand-portable radios. The new TETRA system will also be fundamental for upcoming events, like the Orientation Competition O-Ring in 2021.

SkiStar is looking forward to expanding their TETRA system and including other facilities in the region such as Sälen, Vemdalen, Hammarbybacken, Trysil (Norway) and Hemsedal (Norway). Other ski resorts in the Nordic region such as Idre Fjäll are also users of a Sepura TETRA system, leading the way for modernising communication structures across ski resorts. 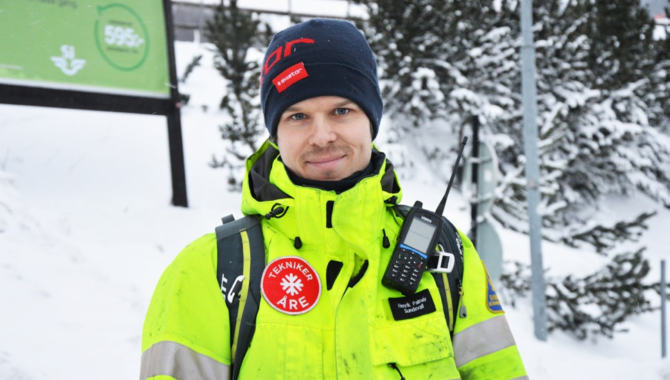 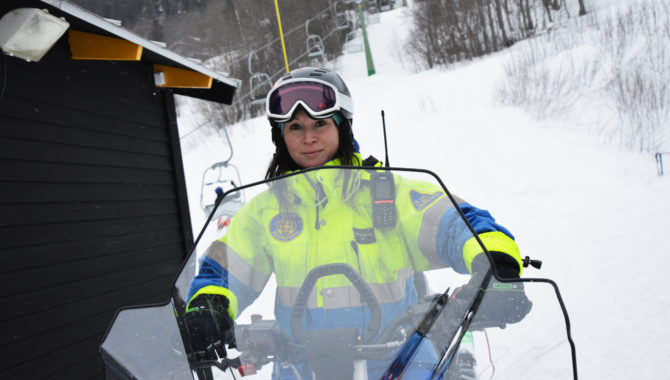 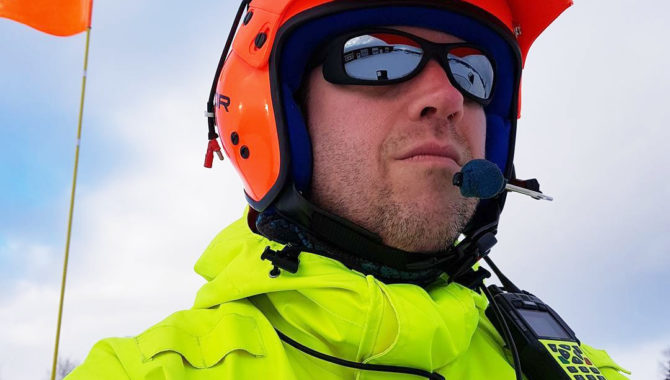