Challenge: To migrate from the use of analogue radios to TETRA, this would improve communications and thereby transform efficiency, response times and the safety of St. Petersburg's Ambulance staff.

Solution: Hand-held and vehicle radios which are easy to use and have a reliable coverage. Sepura's hand-held radios are robust, lightweight, and can be carried either on the lapel or belt without impairing any actions while treating or carrying a patient.

Results: Communication is now swift and reliable and heads for faster response times in answering calls. As a result, the service is more efficient in minimising suffering to patients - helping to save lives. The radios also provide an emergency call facility to request urgent help when needed.

A major government initiative in Russia is the ongoing modernisation of the health service with new equipment and facilities, incorporating the purchase of ambulances and TETRA digital radio communications.

St Petersburg's ambulance service was the first in the country to migrate to TETRA technology and use Sepura digital radios. With over 4 million inhabitants and an area of 606 km2, St Petersburg is Russia's second biggest city and among the largest in Europe.

An important feature in the technology roll-out was that communications could be maintained also in areas of limited network coverage. A further benefit of the TETRA digital radio network is that the ambulance service is able to communicate with all other public safety users - a vital factor in responding to multi-agency emergencies. An aspect where St. Petersburghas been pioneering the use of TETRA withinRussiais in the use of GPS, enabling the control room to instantly locate each radio user and make the very best use of resources.

The analogue radio equipment previously in use had deteriorated to a poor state of repair and, as a consequence, the quality of communications was impaired. As a result, the introduction of digital radios became an urgent requirement, particularly as the government had made a commitment to an improved ambulance service.

Astracom, Sepura's distribution partner specialising in professional security and radio communications systems, was instrumental in the delivery and implementation of the TETRA ambulance project in St Petersburg.

The new TETRA system for St Petersburg became operational in 2003; it comprised 20 sites servicing over 4,000 users from public safety and commercial organisations. Clear voice calls and an uninterrupted network reception ensure that communication can be successfully achieved at anytime and anywhere in the city and the surrounding area. Furthermore, the GPS service enables much improved response times in answering calls by locating the nearest ambulance to deploy to an incident.

Overall, the features and benefits of Sepura's radios have helped to provide a faster, more efficient service for the population of St Petersburg. Anton Vladimirovich Dorozhenko, Astracom's Deputy Director General in charge of Production, said: "Since the ambulance services took delivery of Sepura radios they have been delighted with their performance. It has helped paramedics to reach the sick and injured more quickly and to get them to the hospital faster."

Before the radios could be deployed considerable training had to be undertaken along with establishing a management structure for the service. Sepura supported Astracom to arrange TETRA radio training of all staff from control room operatives to technical support personnel.

In 2007 Cheboksary Ambulance Service in the Russian Republic of Chuvashia followed St Petersburg's example and selected Sepura radios for its digital communications. Sepura radios were once again part of a major modernisation of the Cheboksary area emergency services. After extensive trials, the authorities decided to use Sepura hand-held radios as well as SRG3500 mobile gateway terminals for installation in the service's newly equipped ambulance fleet.

Gateway functionality in Sepura's SRG3500 vehicle radios acts as a relay point for radios operating in direct mode and extends the trunked TETRA network into areas of limited coverage. This enhanced coverage is achieved through a 10 watts transmitting power. Uniquely, this radio is available with multiple consoles and accessories, allowing those at the front and the rear of a vehicle to communicate directly with the control room.

The fire service in St Petersburg has followed the city's ambulance service by migrating to TETRA and choosing Sepura radios for its mission critical communications. The main objectives driving this initiative were the modernisation of the service's obsolete communications system and the achievement of seamless communications with the ambulance and other public safety organisations.

In particular, a TETRA service was needed to increase operational efficiency, as it provides instant and reliable communications, to assist the rapid response and handling of emergencies. St Petersburg's fire service had witnessed Sepura radios in use by the ambulance service and was impressed by their robustness, sound clarity and functionality.

Also on this occasion Astracom was responsible for the supply of Sepura radios which now operate on St. Petersburg's TETRA network. The radios now enable multi-agency communications with a variety of TETRA users in the city. 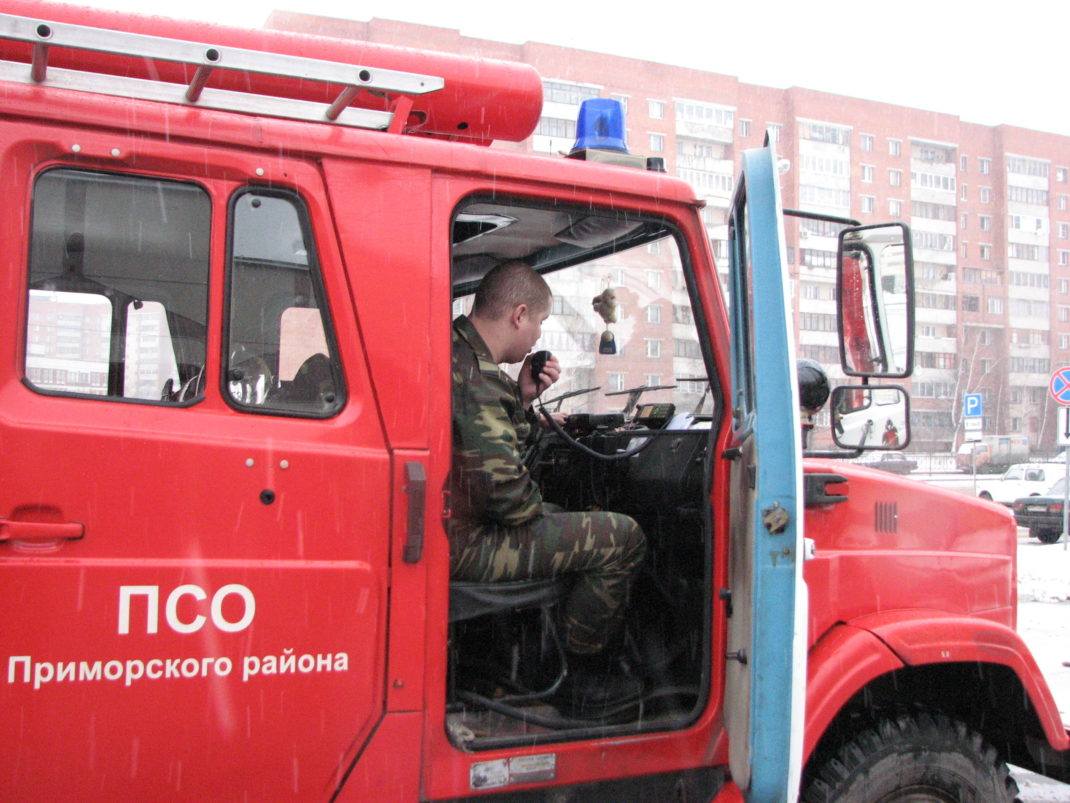